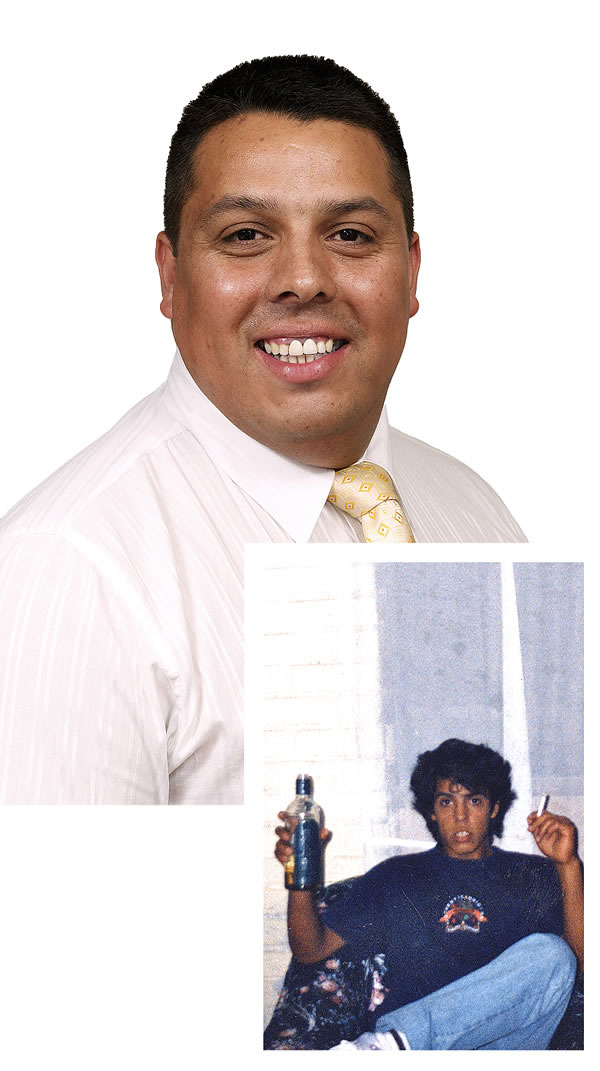 I feel it is your wife's teachings that converted you and that you yourself still have a hidden subversal love for Jehovah god our father and sovereign. I am in no way an extremely religious person but I feel that I am spiritual enough to be able to interpret that Jesus' message, no matter the denomination, boils down to what amounts to The Golden Rule which we all should've been taught in grammar school.

Clearly God has a will, and that will that we will be one body. The Gospels is not just a collection of what Christ said, it is primarily about Christ as Son of God and about the will of God which is expressed in what He said and did. Well, that is interesting.. I grew up a Catholic, went to Catholic, and was not taught the bible at all from my Catholic priests, nuns, etc.

It was what the Pope said, and if I asked a question, it was never ever answered from the bible. I used to shut the door on the JW people, until one day I listened.


What they discussed was simple, and from MY catholic bible.. WHen my dad died, they wanted to charge for the funeral, and he had been giving to the church for over 40 years I was through with Catholics, and religion until I talked to the JW's. Not all people have the correct understanding of their teachings, and I admit I did not either. I tried to prove them wrong I am not brain washed, and they do not hate, nor teach to hate Catholics.

If being a Catholic is what you want to do, then fine.. I converted to the JWs in the s. I can honestly say that the authors depiction of that society is right on target.

I sometimes read accounts that sound made up; he is telling it like it is. I left the Jws in April and am trying to make my way back to the Catholic Church. Pray for me. I'm a JW and my father was a catholic. At his funeral the catholic priest said that death can be your friend, but the Bible says that death is an enemy.

How can a priest of the church be so ignorant? I learned real truths from the Bible in one month with JW's, much more than 34 years as a catholic. Catholicism doesn't even come close to what it really teaches. The blind are leading the blind. Not all Gods are the same.

And there is worship He finds pleasing and falsehearted worship that He wouldn't. Finally there is Allah who is Wildly different than the Christian Jehovah in that he doesnt have a son according to the Koran ours does- Jesus and is known also as the "greatest deceiver" in the Qu'ran. I'm sorry but I will not bow down to anything that deceives because it is of Satan, the father of all lies.

Born into Muslim family in North Africa. Took me 40 years in the wilderness before our Lord and Saviour called me. I got baptized into the Catholic faith six years ago. My only regret is as expressed by St Augustine " Oh beauty so ancient, so pure, have I loved you too late. I forwarded this link to all christian and non christian friends. I read this and found distressing to say the least. I grew up in the Catholic faith, when I was 7 it came out that I had been molested by an older boy in our church for the last 2 years. Half the people in the church said I was lying and the devil was making me lie.

Therefore they had to exercise the evil from me. They brought my big brother too who had testified against the boy he'd walked in on me being molested and told our mother the next morning. We were then shunned from the church because my mom refused to let them perform an exorcism on her 7 year old daughter and 10 year old son. Then town we lived in was mostly catholic, and we were continually harassed by the cops and other supposed church members.

Even kids at school were told to be mean to us! How is this loving!? My mother tried to talk to the priest and ask him to help me cope, he refused to speak with me. I asked too many questions he said, I talked too much. And I admit, I am extremely talkative, but saying that to a child that needs you is a horrible thing to do. After we left the catholic church, my mother had a nervous breakdown and began to beat my brother and I, we tried becoming regular mainstream Christians Babtist mostly as we moved to the south and people in the church saw my mother hit us and said nothing.

They saw us punched and kicked and did nothing. My mother was reported to child welfare one time, by a friend who was a former witness, and that was the only time! I grew up thinking my molestation was my fault, and never received counseling for it.

I was scared to death to be in a relationship, and had to force myself to even let people touch me like in a hug or a hand shake. No one in any church I went to ever helped me deal with this. Yet through it all, I still had faith in God and I prayed for someone to love me for who I am and who would accept that I can't always be affectionate due to my childhood trauma. I had dated before, but always been dumped when I wouldn't pursue a "physical relationship" I was eventually forced into having sex by a boyfriend because I wanted to be a "normal girl" and not lose him.

I regretted it immediately and broke up with him a month later. Fast forward 2 years, and a friend invited me to a party, and I met a young man who was kind and loving. He didn't take advantage of me when I got drunk, and when another guy at the party tried to drag mez drunken and barely able to walk, into a back room, this young man told him no, leave her alone!

She is drunk its wrong to try and take advantage! He and I talked the whole night, and he made sure I sobered up. He stayed longer than intended to make sure I got home safely. We eventually started dating, and I was, through his love and patience, able to learn to love someone, and to learn to accept hugs and hand shakes even from perfect strangers! He was so patient with me that we didn't even kiss until dating for almost 2 months! Most men would have gotten mad at me for my aloofness.

It turned out that he was raised as a Jehovah's Witness until he was 15, then his mother stopped going and he did too. She had a petty argument with her younger sister and refuses to forgive her to this day! We have been together for 8 years, and last year, at my urging, we started going to a Kingdom Hall church and studying with Jehovah's Witnesses. We had long wanted to marry, but had never been able to afford it. My mother refused to pay for a wedding, and his parents couldn't afford it.

We expressed our desire to marry to the Witnesses, and they helped us! We were married by an elder of the church, and he married us for free! We'd tried to get married before, but every pastor or priest wanted to charge us an exorbitant amount of money to marry us.

The witnesses not only married us for free, but helped us to get our marriage license, a dress, and a suit because I was unable to work due to my Crohn's Disease, and my husband is my care taker, and could only work part time. They also gave us a place to hold our wedding and even brought the food and decorations! Tell me, what other religion would help a young couple this much? What other religion would do this? When my husband's father lost his job this year, no one in the Kingdom Hall cared that Jose is catholic, everyone offered him work!

And he is now able to work part time every week and go back to school to get his GED he is a Mexican immigrant with their help! They have even offered him free tutoring! So I understand you may have had issues with being a witness, and no one is perfect, but there are loving, kind, amazing people to be found in the faith of Jehovah's Witnesses! And if you want to know what Jehovah's Witnesses believe, go to jw. We asked at the Kingdom Hall for a bible and received on for free. We asked for a Spanish bible for his father, and they are special ordering one for him, for free!

Tell me, does any catholic church do that? Does a baptist? 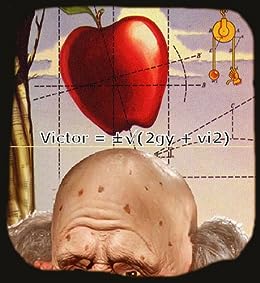 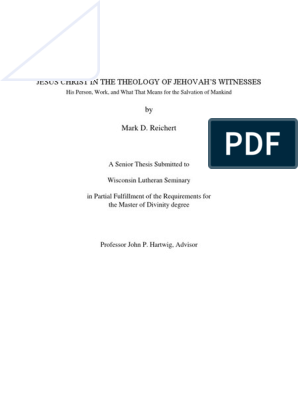 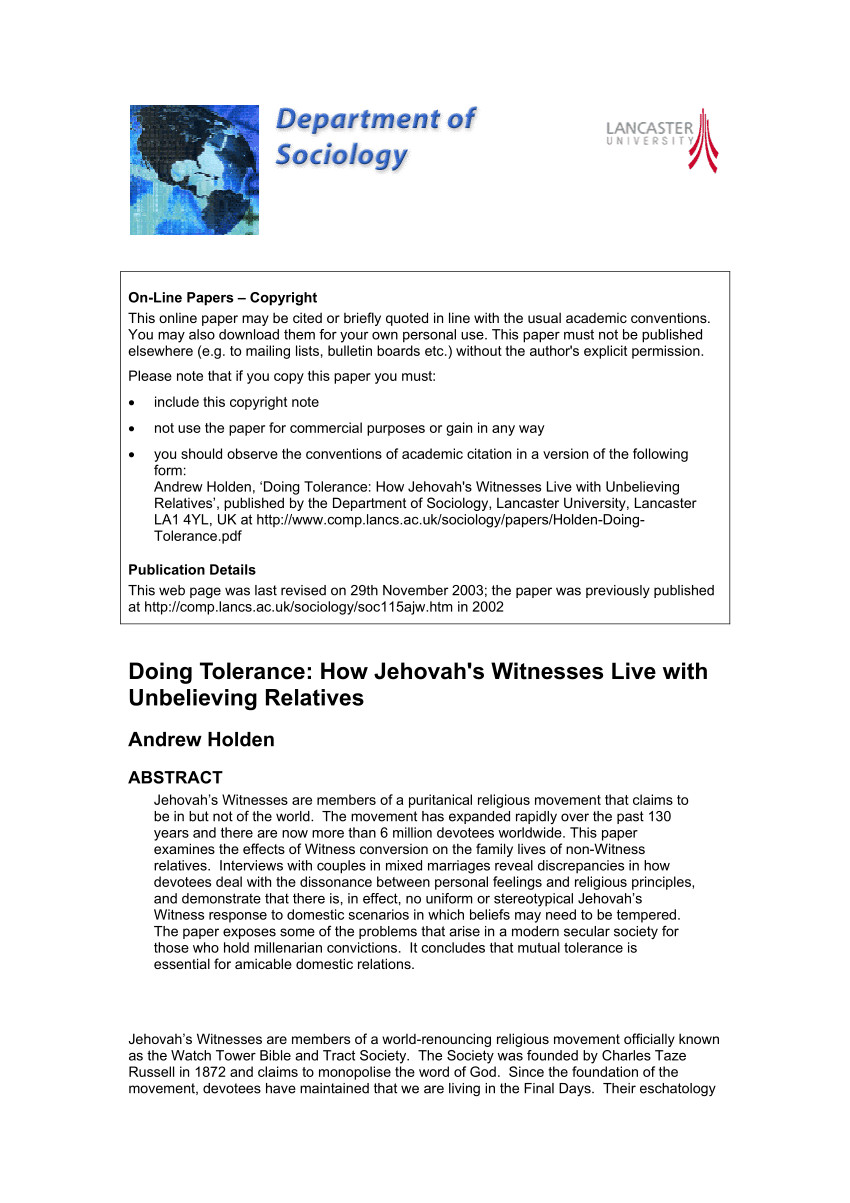